Amazon Echo aka Alexa is always listening, are you worried with how much?

Alexa...add salt to the grocery list. Alexa...what is the weather going to be this weekend in New Hampshire? Alexa, Alexa, Alexa. Even if Amazon Echo is secure, many Internet of Things devices is not. Some security experts are concerned about hacking and who exactly is receiving all this consumer data. Everyone says 'Alexa.' 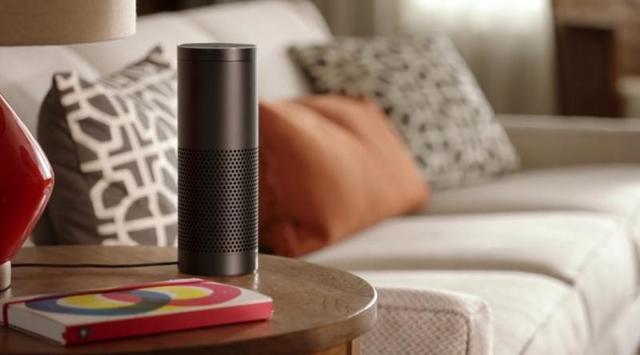 The Amazon Echo is a wireless connection point that provides news, weather, music, and other forms of entertainment and information. It also allows you to interface with many Internet of Things devices that are on your home network. It does all this magic through voice control. Don't worry about forgetting that grocery list at home anymore.

By saying a key phrase Amazon calls a “wake word” the Echo comes to life and begins listening for commands. By default, the wake word is Alexa.

If you reread that last sentence it may not make sense, especially if you are in the security field. According to Amazon, the Echo only listens for commands once it hears its wake word. How does it know when you have said the wake word if it wasn’t already listening?

Data Is the New Currency

The thing most people don’t grasp about IoT is the Information Economy. Echo provides an API for controlling other IoT devices with your voice,  It’s this feature that will make IoT in the home really popular, being able to control all the other devices in your home with simple voice commands. 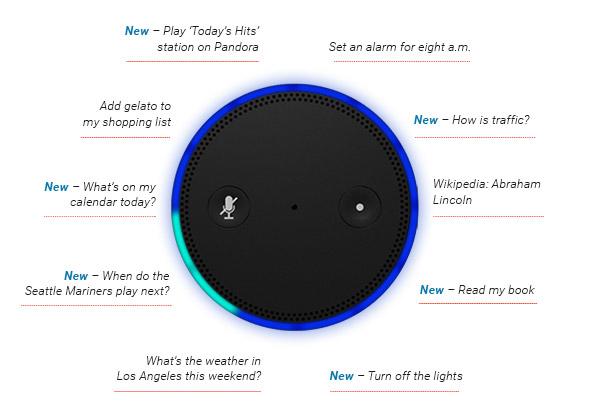 In the Amazon Echo world, those connections are known as “Skills” and there are quite a few. As of this writing, Amazon lists over 200 skills. These range from giving the Echo a “sassy attitude” to playing games. Other skills allow you to connect to banking, make purchases on Amazon, and connect to other IoT devices. This is the big security concern, even if the Echo is secure, many IoT devices are not. As we connect our clients’ Amazon Echos to other various devices, we need to verify the security of those devices. What exactly are these things asking about us, our environment, and our security? As we provide more and more data to these devices, they are learning more about us even without us giving them that information.

Everyone uses the phrase 'knowledge economy.' Knowledge — and data — are currency now. You think you are getting these services for free but you are paying for them with data about you.  Except you’re not only paying for them with data; these devices cost actual money. So are we paying to provide Amazon and services like Echo data about ourselves? In a way, yes. Whether it is a smart thermostat that monitors when we are home, occupancy sensors, smart locks, or a talking (and listening) device, all of these IoT things know more about us than we most likely know about ourselves. They aren’t biased. They are just taking in data and lots of it. These devices are loss leaders, much like when Best Buy first sold CDs, they are designed to get you in the store,  where you'll then spend money, or in this case, provide data.

Could Amazon Echo Be Hacked?

There is always a risk of being hacked with any online shopping website, but Amazon would not be in business very long if it did not take its security, and yours seriously. But that doesn't mean the hackers don't exist.  Cyber-bullies are just the reality of the world we live in, I would personally trust the big players who have lots of technical expertise in these areas to handle my personal data as opposed to a smaller player who doesn’t think they’ll get hacked.

But then there's the “always-on” feature. Amazon claims the Echo does not record conversations or respond, until you say the wake phrase, "Alexa."  Some reports state that Amazon isn't saying whether or not it has given the government access to anyone's Echo.  Amazon's current report only has the data accessed to its cloud-based storage system.

As technology moves forward we are being asked, as both consumers and technologists, to decide between the functionality of the next big thing and the security features we have come to expect.

I think my kids when they grow up, will think of the iPhone 6 the way we think of flip phones, tools like the Echo are going to be so much more normal for them. IoT, smart houses, and smart cars will be the norm, the standard.

Moving forward in technology, there will be, and should be, concerns for security and safety, both from villainous actors as well as our own government. The event of the Echo getting hacked by a criminal element is very small due to Amazon’s security measures. However, keeping on top of the latest developments within the security and policing agencies is one way to make sure the devices you have in your home align with your own level of comfort.

Let us know what you think about the Echo? Do you own one? I don't own an Echo (yet) but my friend does and she loves it. I walked into her beautiful home in Stratford, CT and music were playing on the Echo and as I was standing there in a matter of 5 minutes she was able to add items to the grocery list (that she will be able to get from her phone when the time comes to go to the food store, no forgetting the list at home anymore)  transfer money to her checking account, check the upcoming weather for her trip that weekend, check the calendar for a school event for the kids, all while she is making dinner for her family. Echo aka Alexa has become part of the household for them.

Is an Echo in your future? Contact us to learn more! We proudly serve Greenwich, Wilton, Westport, Trumbull, Stamford, and more!

Back to Previous Page
Back to News & Events

We serve the following areas